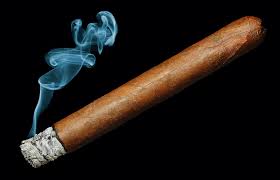 It’s not that my father expected to live forever. He had heart problems for some time. And he had written his will. At least nine versions that I heard of, one that completely wrote me out of his life, although that wasn’t the final one.

So here was my father in a box, the man who hated to travel, transported from Florida to California. My brother wanted us to scatter our father’s ashes together, and wisely suggested Wyoming, where my husband and I moved when we retired. My brother knew how much I hated traveling (I am my father’s daughter). And how much I hated California. So, the only way to scatter our father’s ashes was for my brother to come to me.

When my husband drove to California to visit his best friend, he picked up the ashes from my brother. My poor father, traveling again. The misery. The container of ashes sat on our dining room table, waiting for my brother’s visit.

My father’s ashes were still on the dining room table when my mother came to visit. For the first time in decades, she had breakfast with my father. They didn’t talk much. But they didn’t argue.

The longer I waited for my brother to visit, the more I fumed. Scattering my father’s ashes just seemed wrong. It was like we were throwing him away. My brother might not mind, but I did.

My husband watched the flames shoot out of my ears. Finally, he suggested that my father’s ashes be buried with his second wife when she died.

Now I know why I married him.

So, I called the second wife’s daughter, who thought that was a wonderful idea. But she wanted to check with her mother.

Meanwhile, I updated my brother. He didn’t care what happened, as long as he didn’t have to pay anything.

I’m certain my father was clapping his hands in the box. If he had any hands.

What my father also didn’t consider was that his second wife might not want to be buried with him. And indeed, she didn’t. Never mind that she was senile and might have been having a bad moment when her daughter asked her what she wanted.

I used money from the estate to buy a plot right across from the plot my husband and I purchased for ourselves at the lovely little cemetery just up the hill. We had a small ceremony for him about a month ago, and the grave marker is being carved for him now.

It’s sweet revenge. The man who loved the women in his life more than his children has been abandoned by those women, and now he will spend eternity with his daughter. I’m certain this isn’t what he planned at all.

But I’ve asked that a smoldering cigar be engraved above his name on the marker, so that he can enjoy a good long smoke under our beautiful Wyoming skies.
Labels: ashes cigar death family father